At a time in history where we face a number of different social, ecological and economic struggles and injustices it can often feel like there is nothing we can do to change our circumstances. However, there is. Throughout history, many of the rights and culture shifts that we take for granted, were fought hard for by campaigners that came before you. This tool is here to help you translate your frustrations, feelings of hopelessness or anger into productive political action. This toolkit will run you through every stage of your campaign from identifying your issue, holding meetings, planning protests to evaluation. 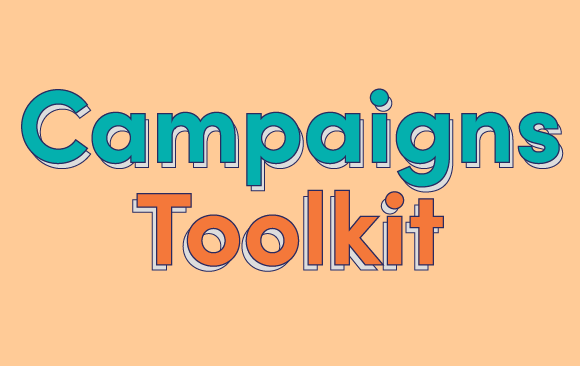 This section covers campaign basics such as what a campaign is and advice on how to choose the issue you want to campaign on.

A campaign is an effort to achieve tangible change to law, policy, behaviour or practice through persuading and influencing others, sustained beyond a single activity or event.

Fundamentally, campaigning is about achieving change by influencing decision-makers. It is not mainly about raising awareness, though this is usually an important part of a campaign.

Broadly speaking, campaigns will use two different types of influencing: persuading and pressuring. Persuading is about giving the decision-maker new information, or showing old information in a new light. It involves convincing the decision-maker to make a change by showing, through storytelling or research, that the change fits with their interests or values. Pressuring, on the other hand, is about creating a new incentive for the decision-maker. These incentives are usually negative, aiming to create financial or reputational damage through, for instance, strike action, consumer boycotts, or demonstrations.

If you're reading our campaigns toolkit, you probably already have an issue that you're passionate about and want to campaign on. You might be thinking, "I can just skip this section..." Don't do that! You need to reflect on whether your issue is a good one to campaign on.

First, think about your issue: what is the problem you're trying to solve? Try to be as specific as you can.

Next, map out the causes of this problem: why does this problem exist? Who or what is responsible for it? Are there deeper-rooted causes which need to be tackled in order to solve it? Are you able to evidence this?

Finally, map out the problem's consequences: why do you think this is a problem in the first place? What are its negative effects? Who does it affect, and how does it affect them? What evidence do you have of this?

Finally, reflect on a few questions about the problem itself:

Your answers to these questions will give you a better idea of the kind of campaign you will need to run. If the problem you want to tackle is both widely and deeply felt, you will have more scope to bring pressure to bear on the key decision-maker. However, if it is not, you will most likely have to rely more on your powers of persuasion. 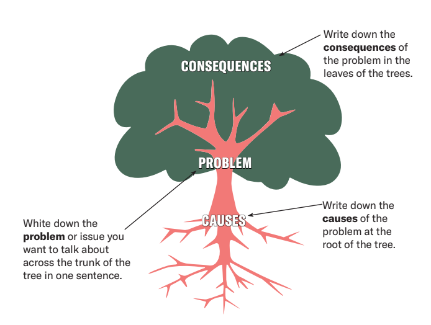 Academic Representation at the University of Sheffield

Try to set objectives for your campaign. Although they may change as your campaign progresses, having clear objectives helps to focus your strategy and gives you a framework for assessing whether you are making progress with your campaign.

Try to make sure your objectives are SMART:

Place your allies and opponents on the spectrum where you think they sit in terms of support for the campaign and how active they are.

There may be community leaders who you know are passively supportive: you should aim to bring them into your team and get them active. (See “Building your team” below for advice on how to do this).

Active opponents won’t usually become your supporters, particularly not if your campaign aims are against their interests. You should try to neutralise these people through persuasion or public pressure

There may, however, be community leaders who would benefit from your campaign but, for whatever reason, are currently opposed. Try to win them round through persuasion. Once you’ve identified what you want campaign on, it’s then time to consider how you’d like to take the campaign forward. It is important to note that achieving your campaign goals will be very hard to achieve alone. This section will help you in building up a team to help you, holding effective meetings to keep those team members contributing and empowered to do so and avoiding burnout.

The best way to build up your campaign team and recruit new members is through structured, one-on-one conversations known as “121s”. These conversations are aimed at agitation, education, and organisation. As a general rule, these conversations should be about 70% listening and only 30% talking.

A core way to develop your campaign is to hold meetings. This way you can inform people about what you’re trying to achieve, gain support for your campaign, hear from people affected by the issue or delegate responsibility for aspects of your campaign. Hosting an effective meeting is important as you want it to be a productive use of your and the attendees’ time and you want attendees to feel supported and empowered so they want to come back.

- Start by collecting up the names of the attendees.

Campaigning on an issue you care about should be rewarding and fun, but it can sometimes also be very tiring for you and your team. It’s important to understand that if you are fatigued then you will not be as effective so when you feel yourself getting too tired - take a break and if you have any urgent actions that need to happen, contact your team and see if you can delegate any responsibility. The same goes for one of your team members. If you notice that anyone is seeming tired out or emotionally drained, then see how you can work with them to help them pass on some of their responsibilities. If that isn't possible then re-evaluate your plans; you may need to scale down your ambitions or re-think your timescales.

This section offers advice on how to take effective action, including advice on attending and organising protests.

If you plan to organise a protest, please contact Student Groups Support for help completing a risk assessment and more general advice, support and guidance. It is important that protests are well-planned to ensure as far as possible that participants are safe, are aware of the risks and understand their rights. You can find them behind the Activities Zone desk or at campaigns@sheffield.ac.uk

First, it’s important to find your demands. What do you want to achieve from the protest? It is often useful to highlight two or three practical demands.

For example, in a protest about climate change this might be ‘Carbon - neutrality by 2030’ and ‘Better public transport in the city.’

If you're unsure about this, you might want to look at the advice on choosing your issue in "Starting Out".

For example, in a protest focused on sexual harassment you may want to march in an area where there is the most complaints, to empower survivors.

If you are planning to protest the ethical treatment of a group of people you would want to target the decision-makers who are in charge of implementing the changes or demands that you are making. In this example, you will need to consider choosing a time when these decision makers are most likely to be around so that you can deliver your demands and use your time most effectively.

It is paramount you also think about safety - make sure you feel safe and comfortable to protest in that area otherwise you could put yourself or your supporters in danger.

It's important you do a risk assessment if you are organising a protest. While most protests are peaceful, they can be unpredictable: you may encounter heavy-handing policing, aggressive members of the public, or disruption from people attending the protest. It's important you have thought about the possible risks and put in measures to mitigate them. A risk assessment shouldn't stop you doing a protest; it's there to make sure you're fully prepared for all eventualities so that your protest can run as smoothly as possible.

You can see an example risk assessment for a protest here.

If you’re planning to host your protest somewhere in the city, it may be advisable to contact with the council so they know you’re going to be hosting it. This can avoid any unwanted clashes and ensure that your protest runs as smoothly as possible.

If you are organising a rally or other protest at a particular place, there is no legal requirement to tell the police in advance that you are going to do this, or who the organisers are. However, if you’re planning to march from one place to the other, there is a requirement under section 11 of the Public Order Act 1986 to inform the police at least six days before the procession is going to take place and to provide them with the following details:

The next step is to promote the event. This is the most important part: you want there to be as many people as possible at your protest!

Think about who you want to attend the protest, and how you can best advertise the key messages of why, when and where you are having the protest. Those are the core bits of information to include. 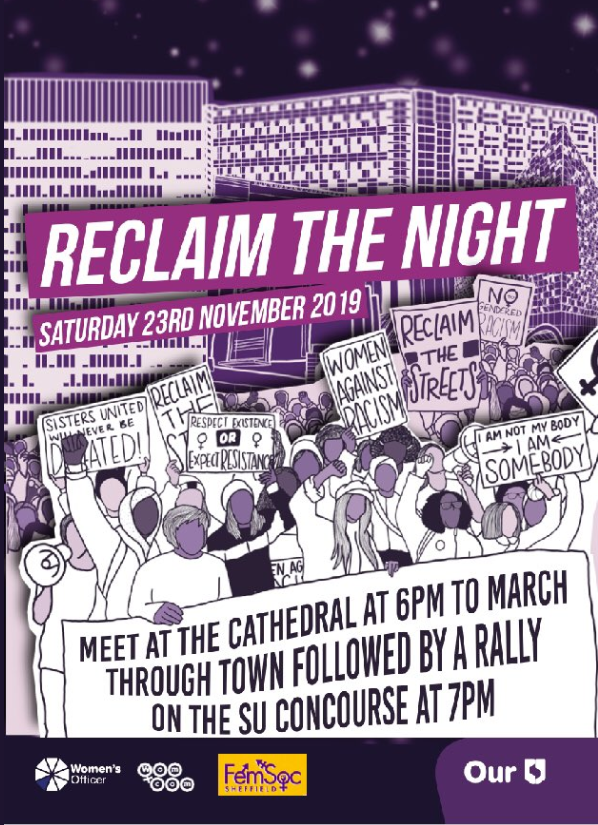 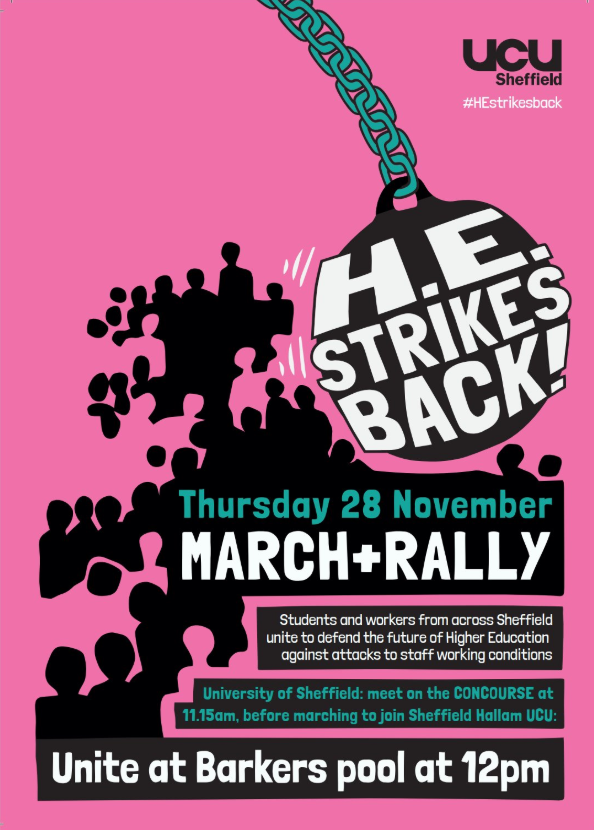 As we embark on an increasingly digitised world, the ability to campaign using online channels is becoming more and more important. Not only can social media be useful for raising awareness of a campaign or keeping people up to date with progress, it can be used to put direct pressure on change makers. From e-petitions, to hosting meetings online, this section will help you navigate the power of online campaigning.

A twitter storm describes a sudden spike in activity around a specific theme or topic on Twitter. The aim is to gain traction around your campaign or to gain a response from the target of the campaign. It is achieved by encouraging a group of people to reuse a chosen hashtag, and then by encouraging supporters to use the same hashtag gaining subsequent retweets and tweets.

Hosting meetings are an important part of political organising and can still take place online. Many of the same rules apply and they can be found in the Holding effective meetings. However, the online element has some added complexities and there are few tips we can share with you.

Evaluating your campaign is important, even if you have achieved your stated campaign aim. You should do this both during and after a campaign. This will help you adapt your campaign as it develops, as well as improving future campaigns you are involved with, and helping you recognise and record the skills you’ve developed.

Doing a SWOT analysis is a really good way to analyse the results of an action in a campaign and work out how you can build and improve upon them.

Sheffield Students’ Union was established in 1906, and since then has had a long and proud history of standing up for students and what is right! Some examples of campaigns and campaign wins in our history include:

Aimed at student campaigners, the Campaigns Library contains a range of books, DVDs and resources which any member of Sheffield Students' Union can borrow. If there's anything you would like to borrow, please email us at campaigns@sheffield.ac.uk. We ordinarily loan books and DVDs out for one month, and other resources for specific events. For books and DVDs, if no one else has requested the book then you are welcome to renew your loan.

Please note that whilst the Students’ Union building is closed, we are not able to access the library, but when we are able to facilitate access to these resources we absolutely will!

We also take recommendations if you think there’s an item we ought to have!