We are tackling gendered violence and sexual harassment, with a 'counter the culture' campaign.

Rape culture is embedded within the way we think, speak and act. It creates a social environment which normalizes and justifies sexual violence and is fuelled by the persistent gender inequalities and attitudes about gender and sexuality. If we’re to tackle gendered violence and sexual harassment, it is paramount that we identify and address biases within our behaviours and beliefs. At Sheffield Students Union, we’re launching an awareness campaign to do this. Alongside this, your Women’s Officer Lily and Sports Officer Matt have introduced a training programme for sports team committee members using the Goodlad Initiative. 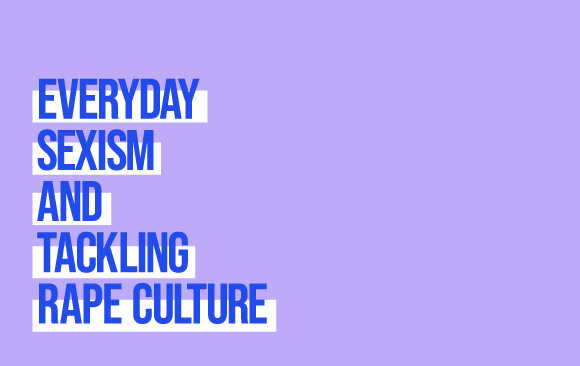 Sexism is any expression (act, word, image, gesture) based on the idea that some persons, most often women, are inferior because of their sex.

Misogyny is defined as the ‘hatred towards women’ and takes shape in multiple forms including male privilege, patriarchy, gender discrimination, sexual harassment, belittling of women, violence against women and sexual objectifiction.

What is rape culture?

Rape culture is a culture in which sexual violence is treated as the norm and victims are blamed for their own assaults. It's not just about sexual violence itself, but about cultural norms and institutions that protect rapists, promote impunity, shame victims, and demand that women make unreasonable sacrifices to avoid sexual assault. 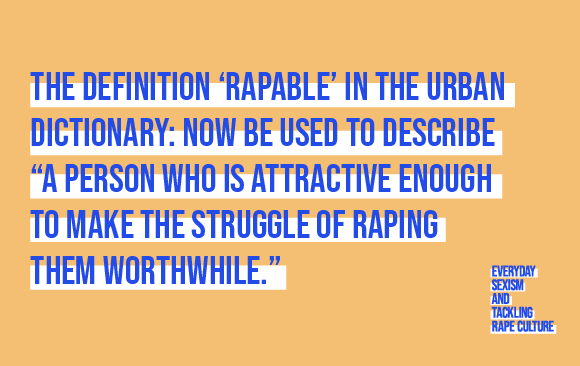 The definition "rapable" in the urban dictionary: now be used
to describe "A person who is attractive enough to
make the struggle of raping them worthwhile".

Rape culture (the subtle use of language and jokes) perpetuates sexual violence and harrassment - until we tackle this then we never be able to truly stop the more overt problems.

The effects it has

Rape culture suggests that men have a ‘right’ to women’s bodies, thus undermining the concept of consent.

This leads to common misconceptions about women “asking for it” or “wanting it”, even if they explicitly say otherwise:

This leads to public speculation about whether victims’ dress or behaviour could be to blame for their own assaults.

This shifts all the focus onto victims, while perpetrators are not addressed at all.

Worst of all, the widespread and normalised nature of rape culture makes it increasingly hard for victims to speak out, as they learn to believe they won’t be taken seriously, or are dismissed when they do.

The cycle is perpetuated as victims are silenced and blamed, the crime normalised, and perpetrators completely ignored. 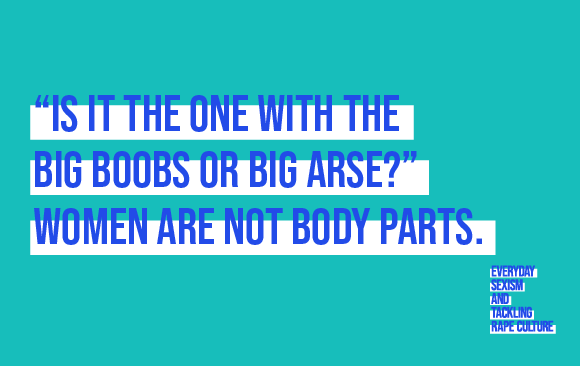 "Is it the one with the big boobs or big arse? Women are not body parts." 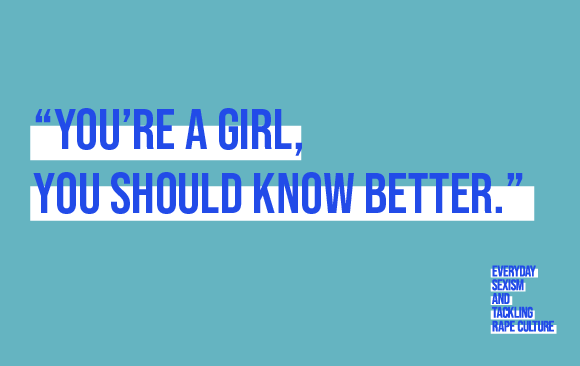 "You're a girl, you should know better." 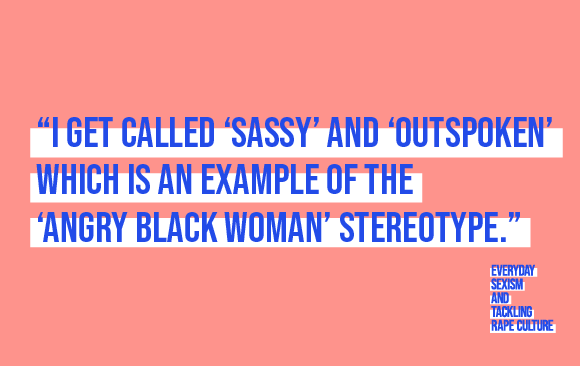 "I get called 'sassy' and 'outspoken' which is an example of the 'angry black woman' stereotype." 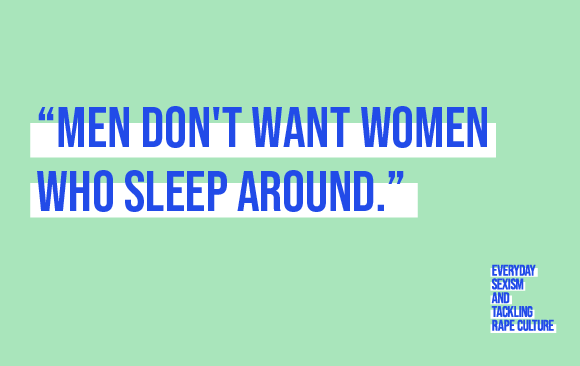 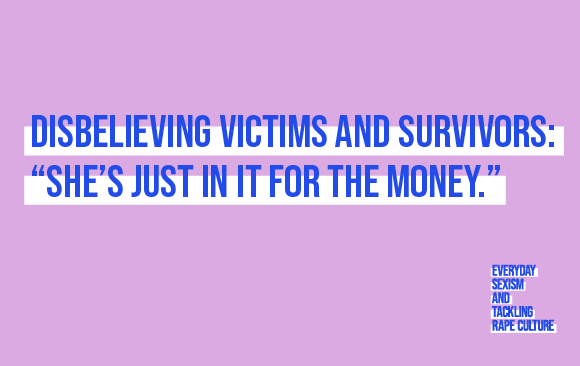 Disbelieving victims and survivors: "She's just in it for the money."

"Is it the one with the big boobs or big arse? Women are not body parts."

"You're a girl, you should know better."

"I get called 'sassy' and 'outspoken' which is an example of the 'angry black woman' stereotype."

Disbelieving victims and survivors: "She's just in it for the money."

What can we do?

Calling in, not calling out!

The difference between calling people in and calling people out is that whilst in both situations you are criticizing people for their behaviours, but when you call people ‘in’ you try to bring them ‘in’ to the conversation explaining in more detail why their actions are wrong.

The emphasis here is to educate the individual and demonstrate to them the effects of their choice of language or action. If done publicly, the person involved may be less willing to take the criticism on board and react in a defensive manner. If too confrontational, you can show your disapproval to sexist comments etc by not validating the comment with a laugh, staying quiet, or by changing the subject.

Another tactic is asking questions - ‘How was that funny? I don’t really get it’.

You could also personalise it - 'Would you say it if it were my sister? Or my mum? Or your girlfriend?'